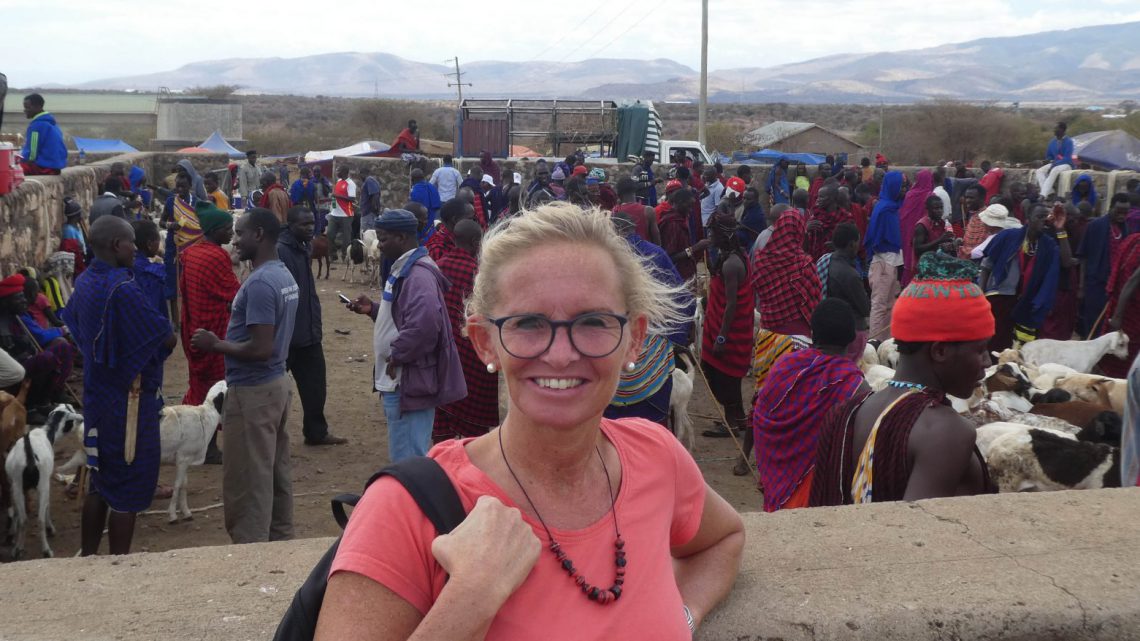 Just leaving Arusha behind, the land becomes dry and flat: Massai land. The number of cows, goats and donkeys crossing the road is increasing with every mile. And then you see them: the Massais, with their traditional red cape and their long stick. The Massai settlements and villages are surrounded by a thorn hedge protecting people and cattle herds during the night.

Our driver, son of a Massai, tells us that most Massais have multiple wifes. Each wife has her own straw covered round hut. The traditional Massais are still living as nomads, living from whatever their cattle herds provide. A special delicacy is the fresh blood of a beef. Our driver says it may take him two or three days to find his grandfather, who is always on the move – on foot, because he refuses to ever get into a car.

Then, in the middle of nowhere, we find a Massai market, where you can buy everything you need when living here: vegetables, fruits, cattles, goats, solar panels, rubber sandales made of car tires, colorful dresses, textiles, handcrafts, jewelleries, food that you have never seen before and much more.

Entering the market we are immediately surrounded by dealers. And the bargain begins. If you get the initial price down to a tenth, you have made a very good deal. But as Mzungu (meaning: white woman or man) it is impossible. Try out when you get there yourself! But anyway, prices are very cheap compared to Europe, even without bargaining.

Massai land feels like a different world and I am faszinated how connected the Massais live with their environment and nature – still today.

Every Mile a Memory