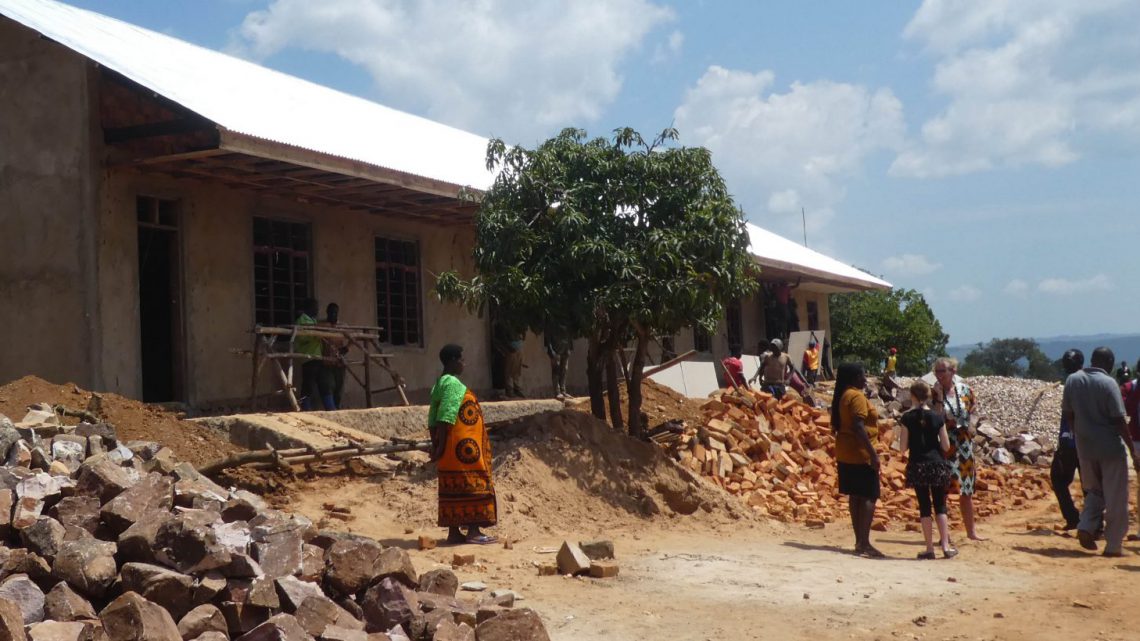 Building new classrooms in a primary school can take a lot of time – not only in Africa, but also in Germany. I have never seen a construction of a public building being finished in less than 9 months – until we came to Tanzania.

In October 2018, people from the community were busy burning 45,000 bricks – one of their contributions to this educational program.

By end of the year, the walls were pulled up:

This is what you can call “successful participation”. The parents and other people of the Rukoma community have understood how important education is for the future live of their children. Great acts prove their big willingness to make a change for their children and to develop their region.

The new building is not only an improvement to education – it also gives children at Karama School hope that their chances for their future lives are increasing.